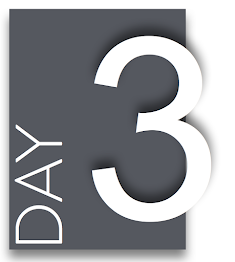 Until today, King Solomon the son and successor of King David, is known for his wisdom. Yet, in this chapter of 1 Kings, we see a king that is more than just wise. Solomon here has just completed the building of the temple of God and immediately, he dedicates it to the Lord. In his prayer, Solomon begins with adoration unto the Lord, thanking Him for all He has done and towards the end, also prays that he and the people of Israel would be committed to the Lord. In that, we see the heart of Solomon. Much like his father, he was one completely devoted to the Lord.

The king could have taken pride in the completion of the temple. He could have led a celebration to draw attention to his achievement. But it would not do for Solomon to attribute such success to anything or anyone but God. Not only that, but it also would not do for him to have the Israelites set their hearts elsewhere.

2 Chronicles 1 opens telling is of King Solomon's greatness. In the same chapter, God appears to the king in a dream, telling him to ask for whatever he desires and it would be granted to him. Instead of asking for riches or power, or even for Israel's enemies to be given into his hands, King Solomon asked for wisdom and knowledge to govern over the Lord's people. Again, we see a man who recognize that every part of his life would be nothing if it were not from God and unto God. He understood the words of his father, King David, in his prayer that Solomon would "acknowledge the God of [his] father, and serve Him with wholehearted devotion" (1 Chronicles 28:9).

May we today yearn for a heart like Solomon's, one wholly devoted to the Lord, Our God.

How are your prayers different from those of King Solomon's in this chapter?